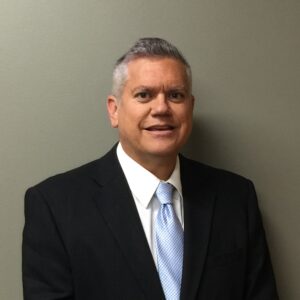 The firm mourns the unexpected death of partner Scott M. Kyrouac, who died on April 18, 2022, following a brief illness.  He was 61.  Scott joined the firm in 1985 after being graduated from the Maurer School of Law at Indiana University-Bloomington and had been a partner since 1991.

Scott’s passion was working as a litigator and he handled a myriad cases over his long career in personal injury, insurance defense, employment law, products liability, medical malpractice, toxic torts, and trucking and transportation law.  He was a strong advocate for the defense trial bar and served for many years in leadership of the Defense Trial Counsel of Indiana organization, including service as its president in 2011.  He was honored as Defense Trial Counsel of the Year in 2008.  He served in leadership positions on the Indiana Chapter of the American Board of Trial Advocates and also had served as Indiana representative for the Defense Research Institute (DRI) from 2012 to 2015.

In recent years Scott had facilitated hundreds of civil and domestic relations mediations and was widely recognized for his talent in helping litigants resolve cases.  He was honored as a “distinguished neutral” and was a member of the Indiana Academy of Mediators and Arbitrators.

Scott published articles frequently, including regular contributions to The Indiana Lawyer, and presented at multiple continuing legal education seminars during his career.

Scott’s affiliation with our firm spanned nearly 37 years—it is the only place he ever practiced law.  He earned the respect of colleagues and adversaries for zealously representing his clients and skillfully presenting their cases in many courtrooms throughout Indiana.  We honor his career as we mourn a life that ended far too soon and with little warning.  We are grateful for the kind sentiments from many of Scott’s friends in legal circles who join with Scott’s family and the members of this firm in grief and with gratitude for his devoted and passionate career in the law.